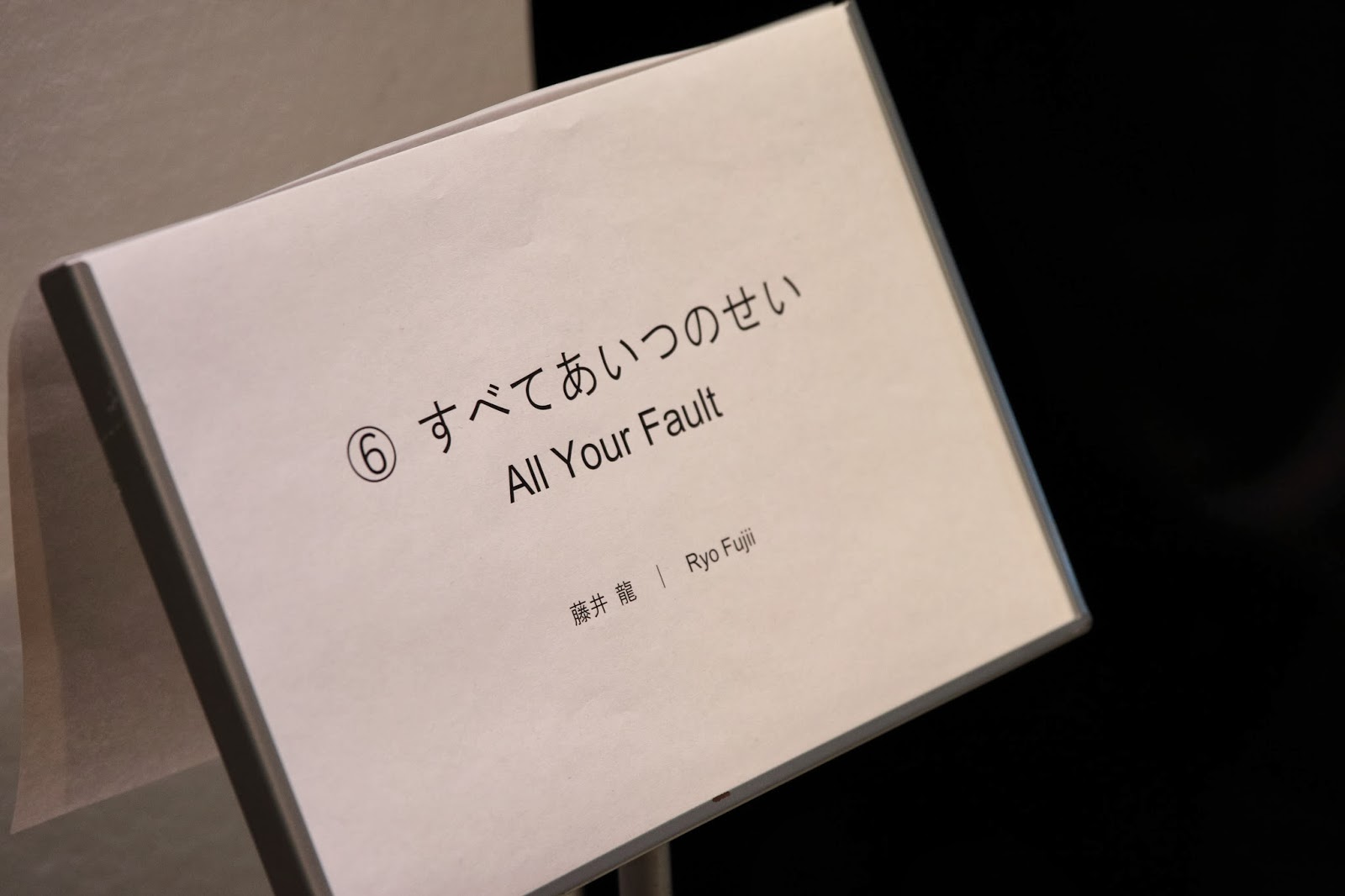 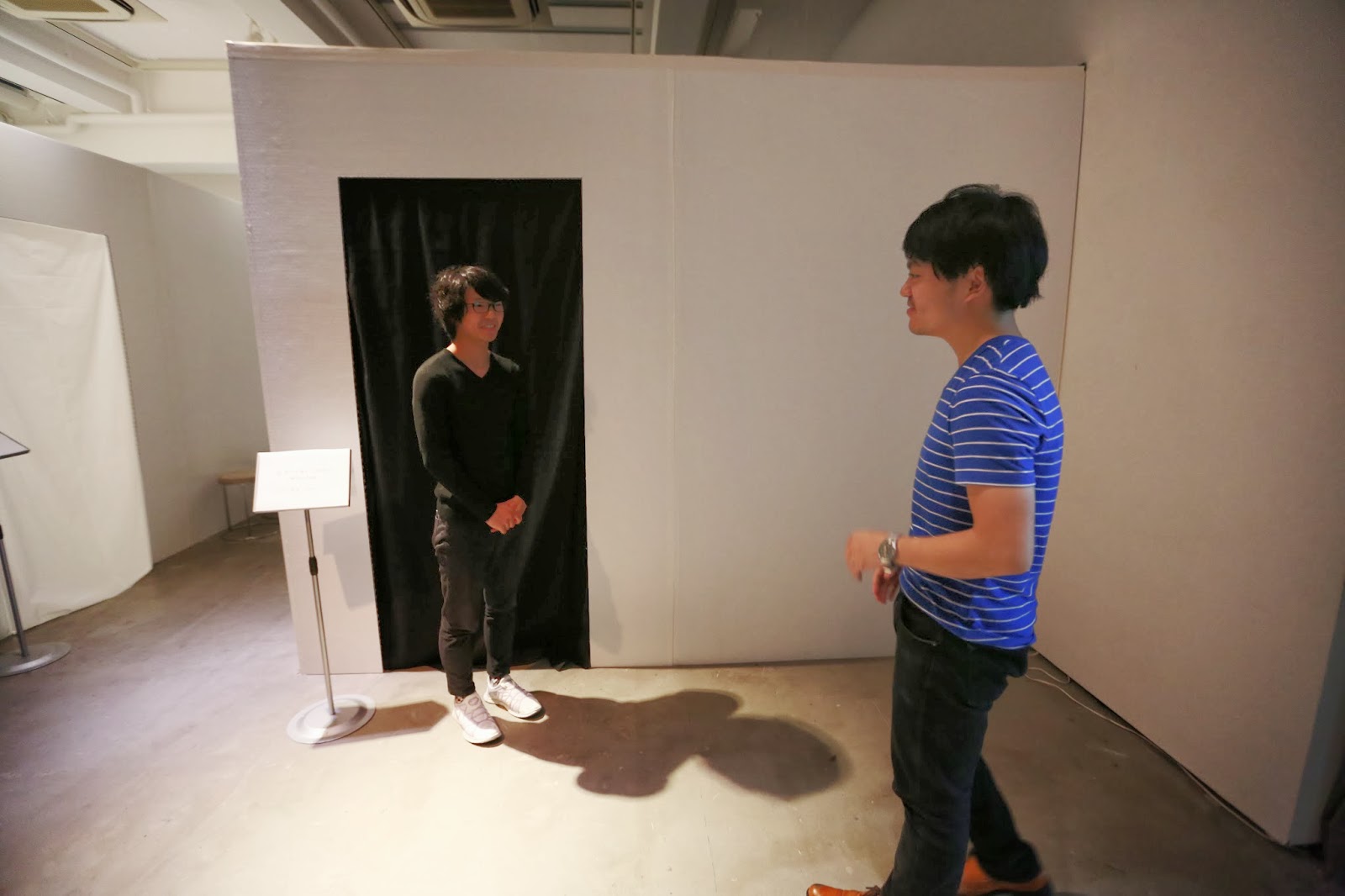 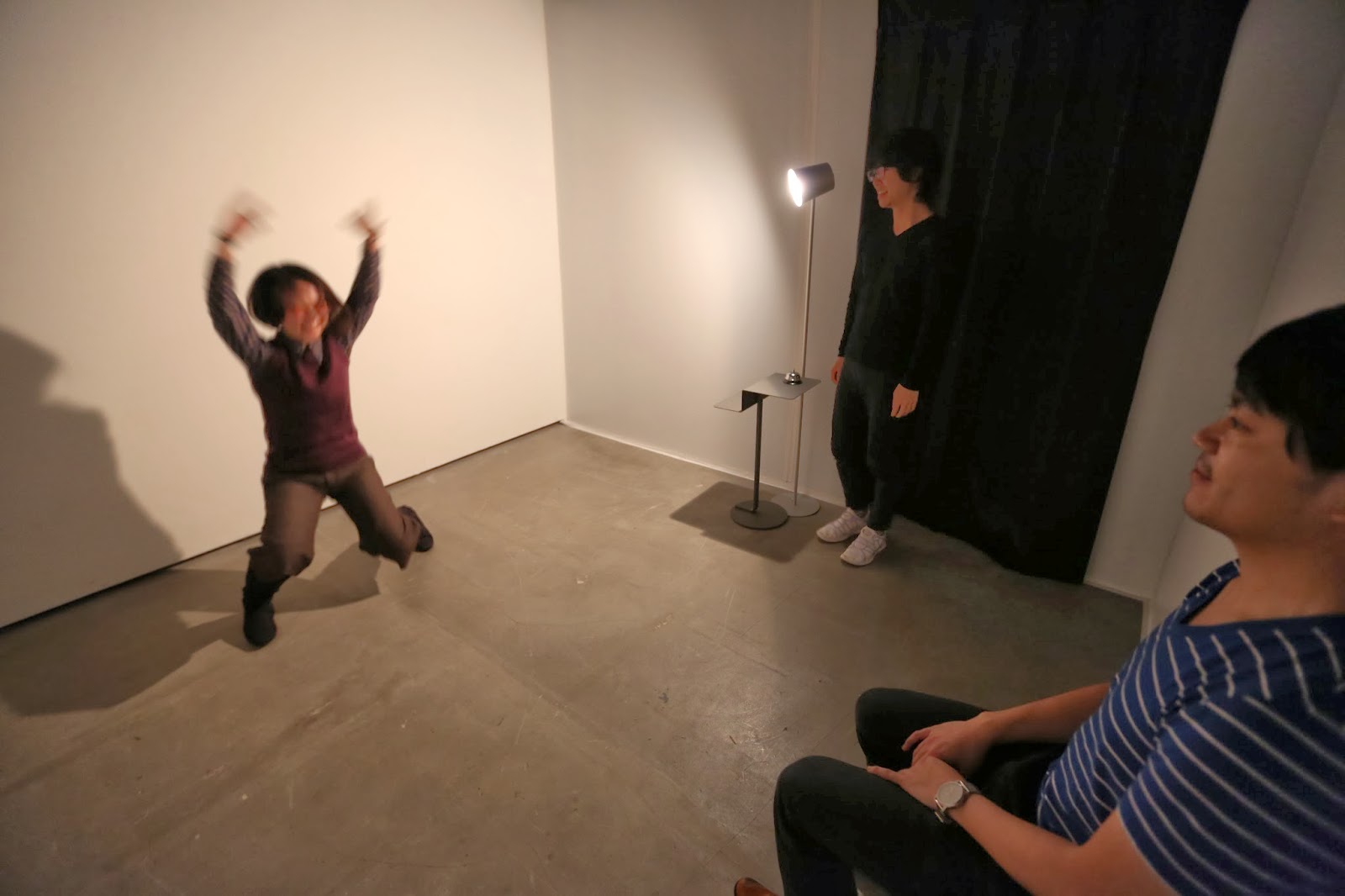 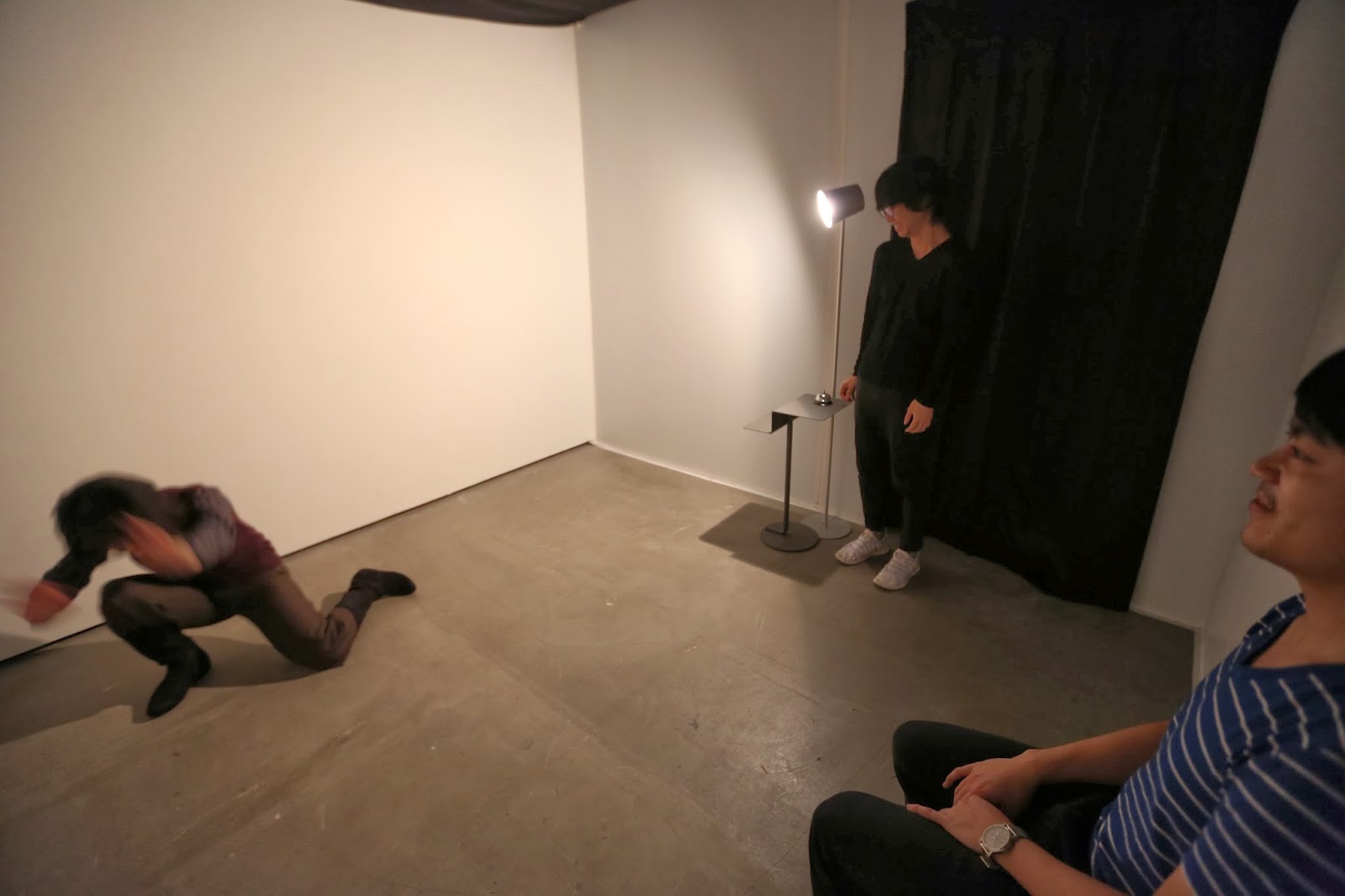 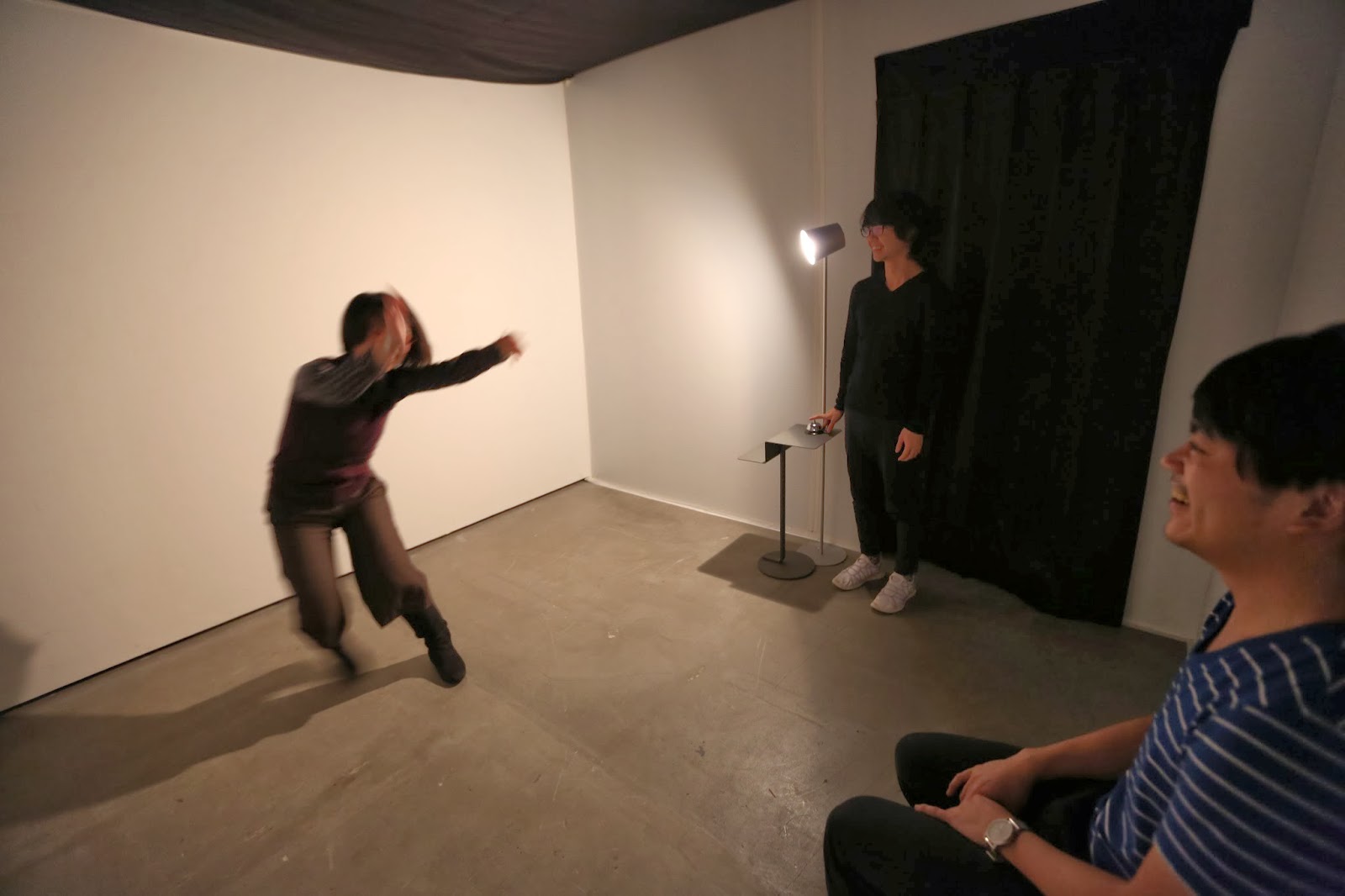 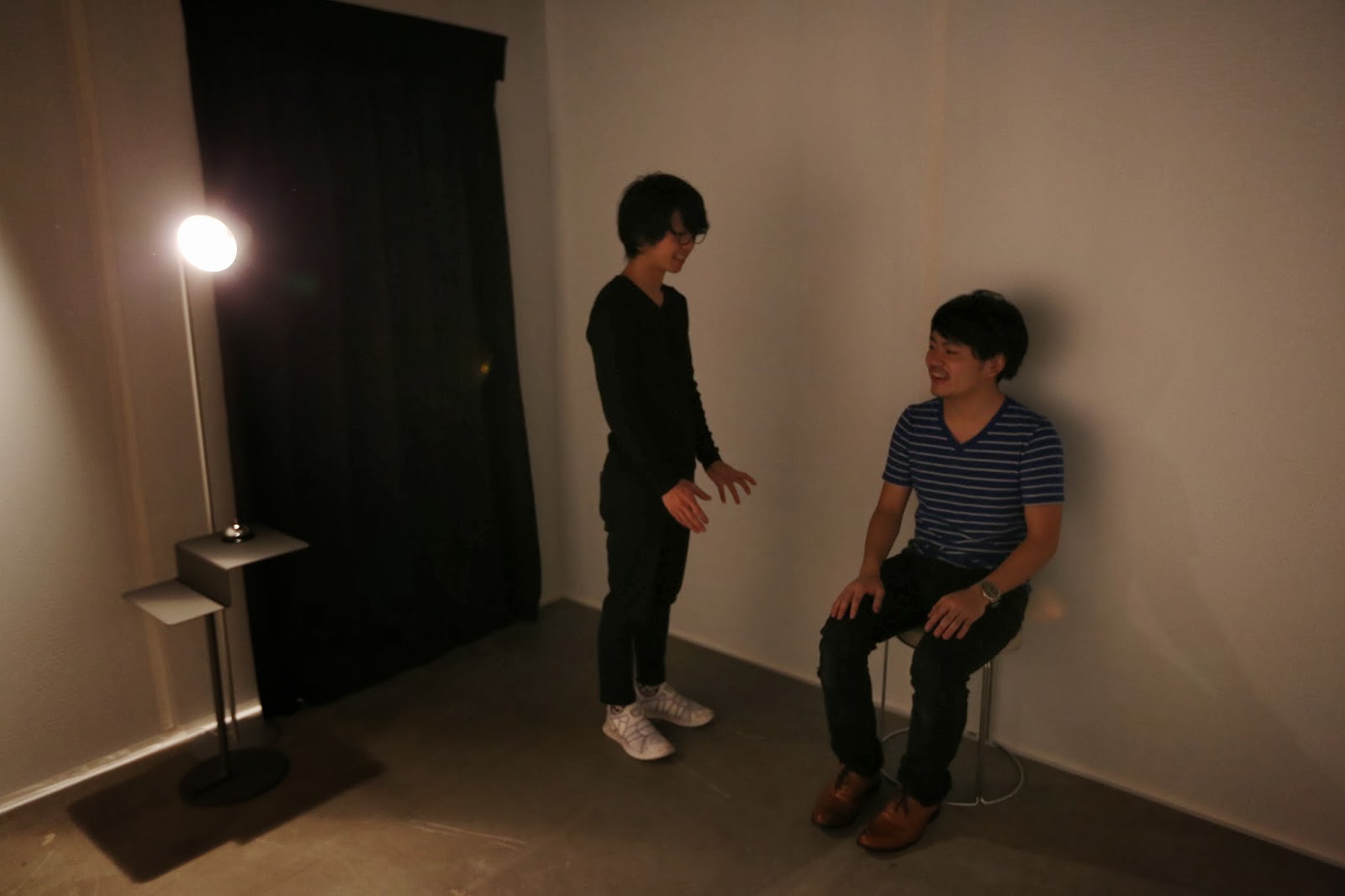 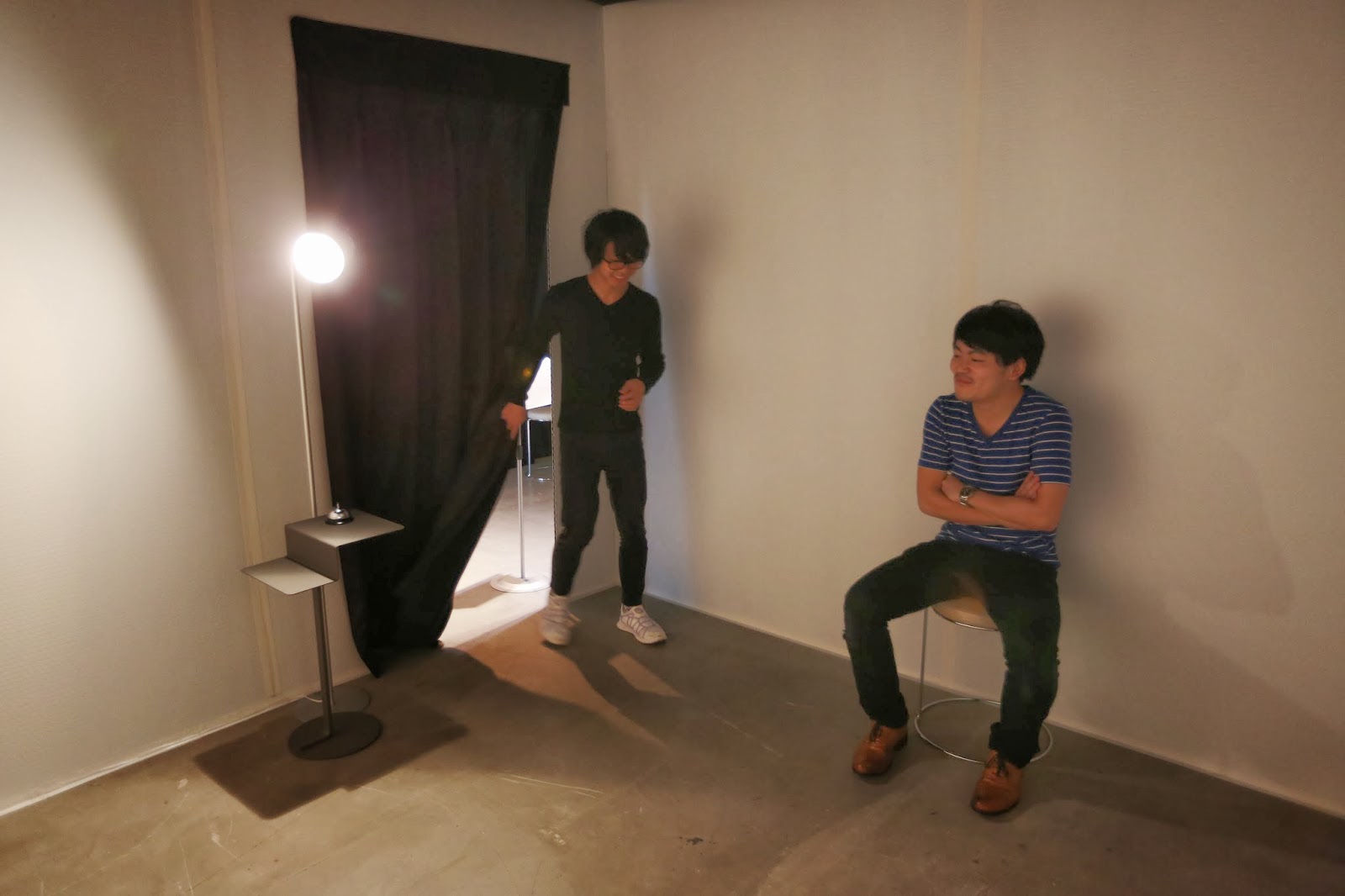 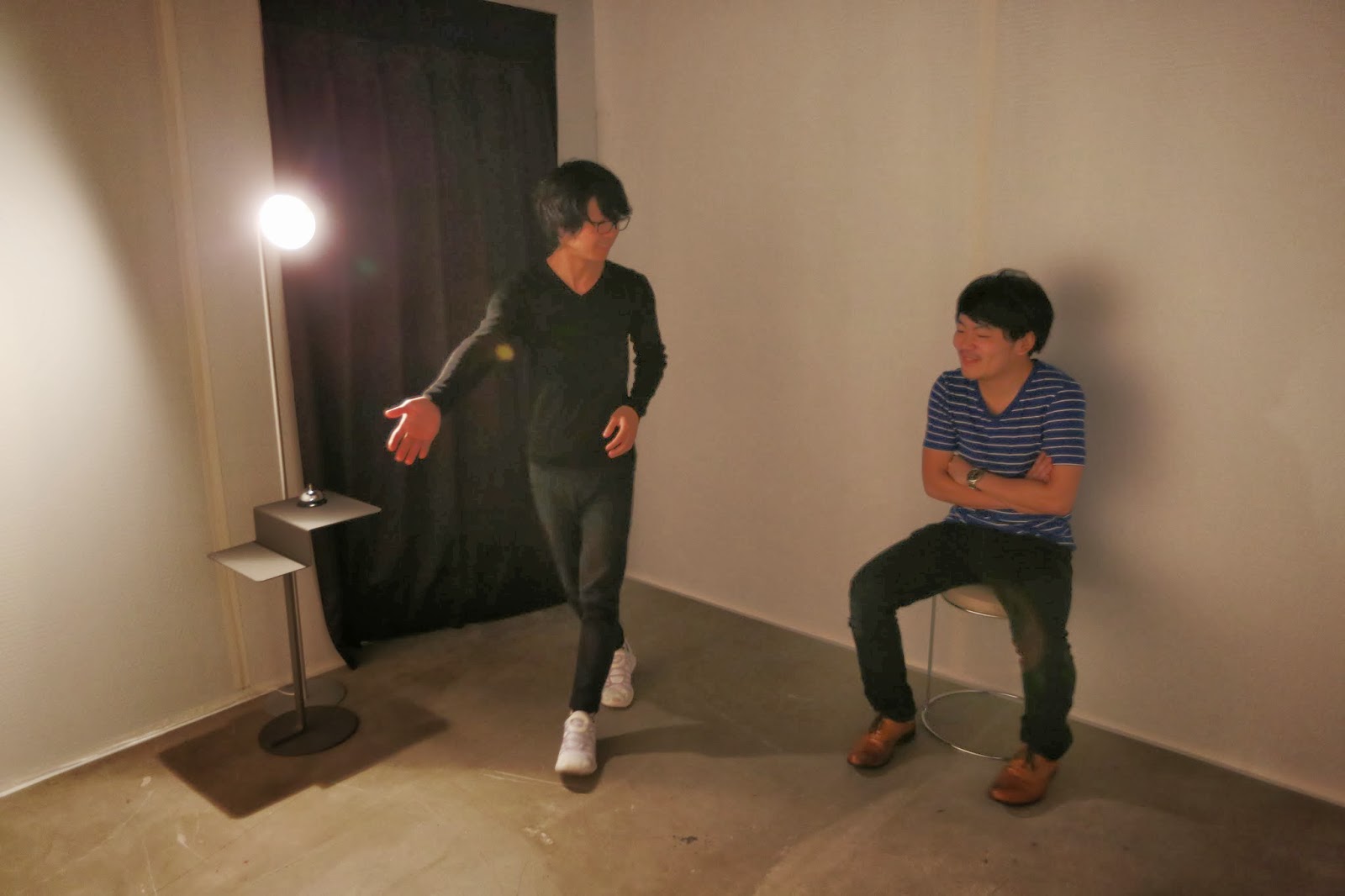 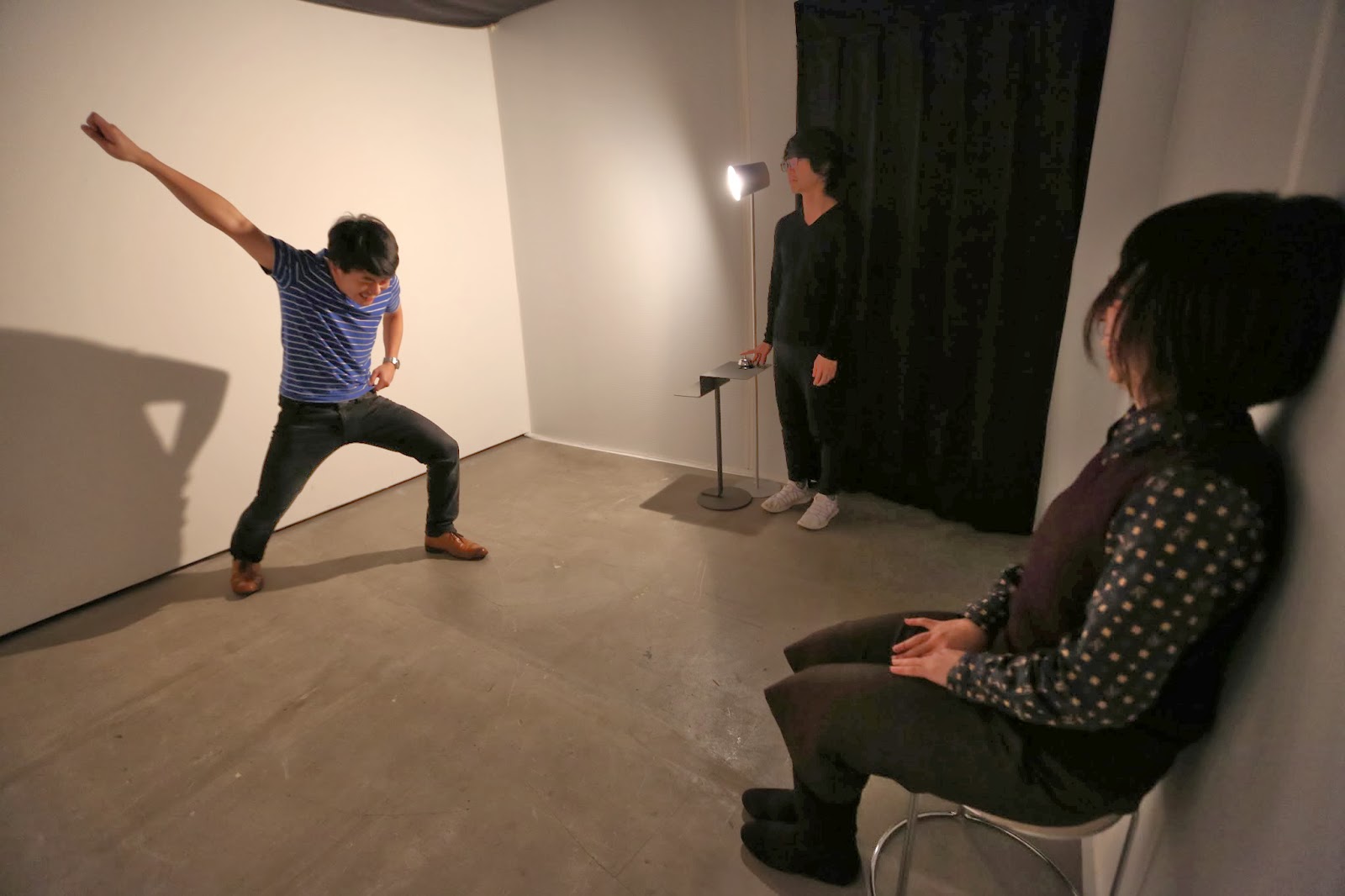 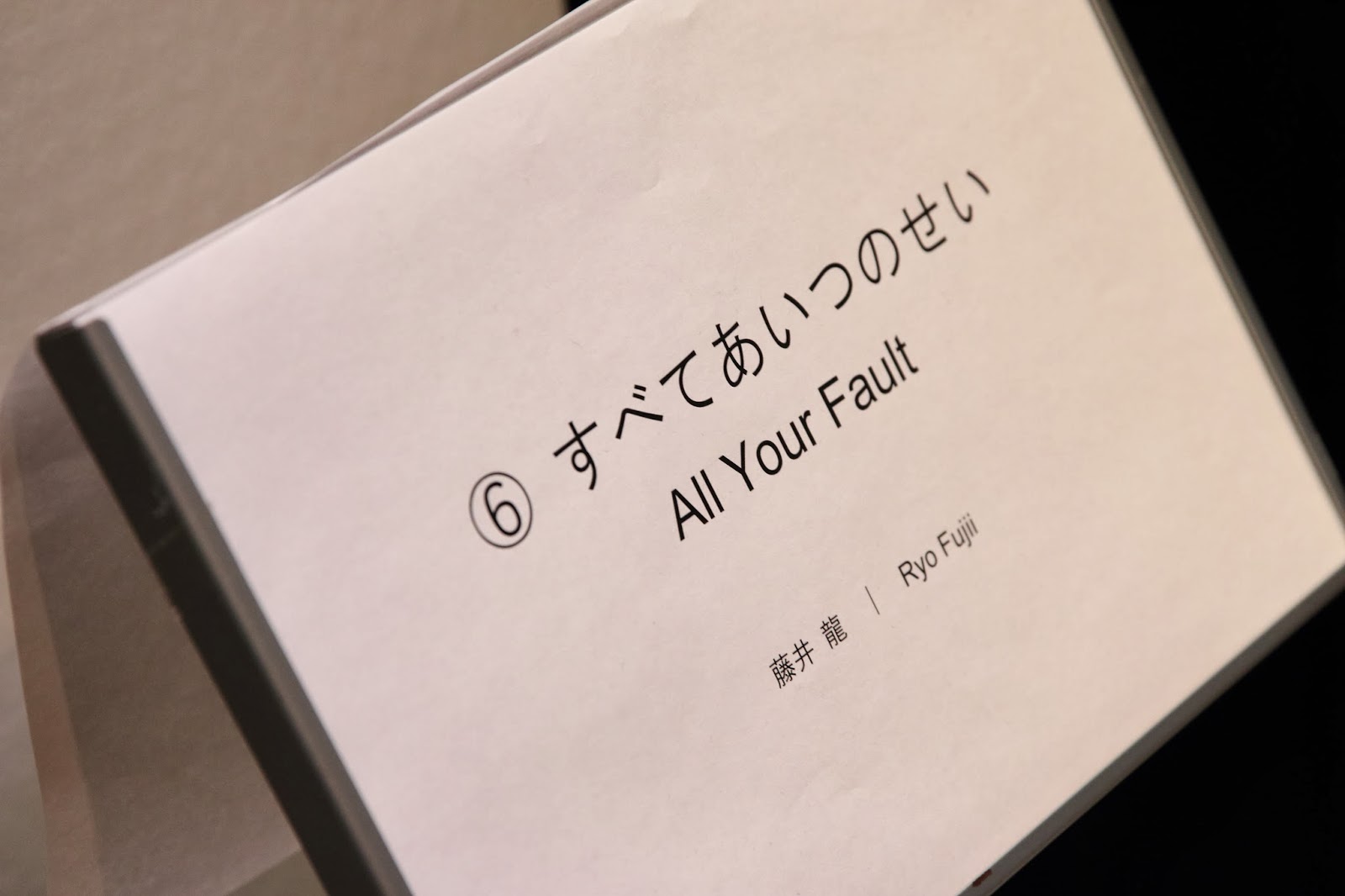 ⑥ すべてあいつのせい
All Your Fault

[作品について｜Description]
In childhood, I vaguely thought that no one had consciousness except me. Although it does not mean that I felt superior then, I remember that my friends looked like robots because I could totally expect how they would react and say. Nowadays I don't doubt it any longer, but I still have a habit of taking too much objective view of anything as I did at that time. Sometimes I realize that I am talking about myself but sounds like talking about someone else, for instance. “All Your Fault” is a kind of performance which has a simple structure and I think when you get an objective view of the unreasonable situation and system, you can find the charm of this work.
Ryo Fujii

[ステートメント｜Artist Statement]
My work is based on observation of my daily things. In order to consider things in alternative aspects and write a new world over daily life, I express ideas by various media such as video, photograph, installation, and performance.