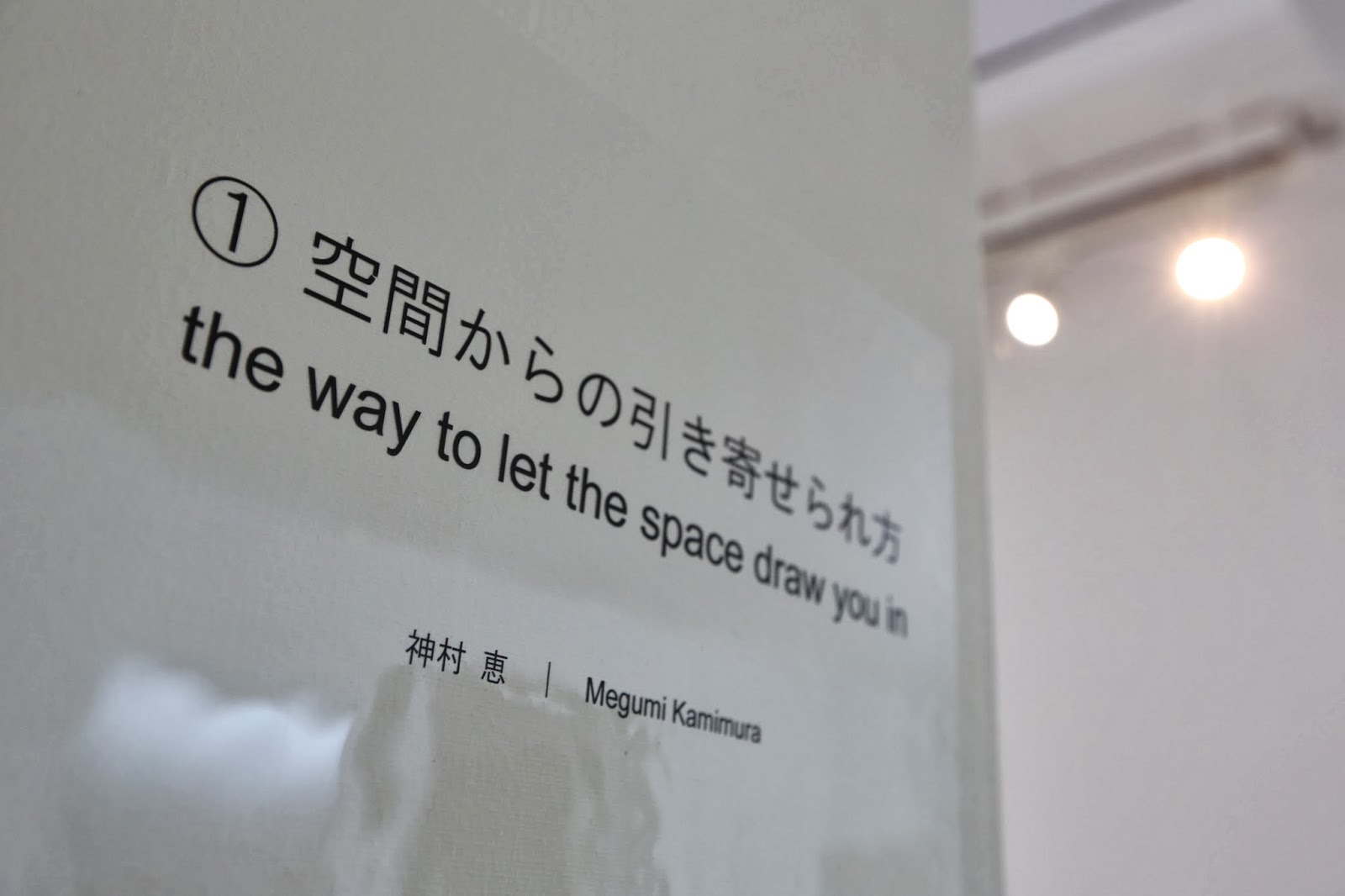 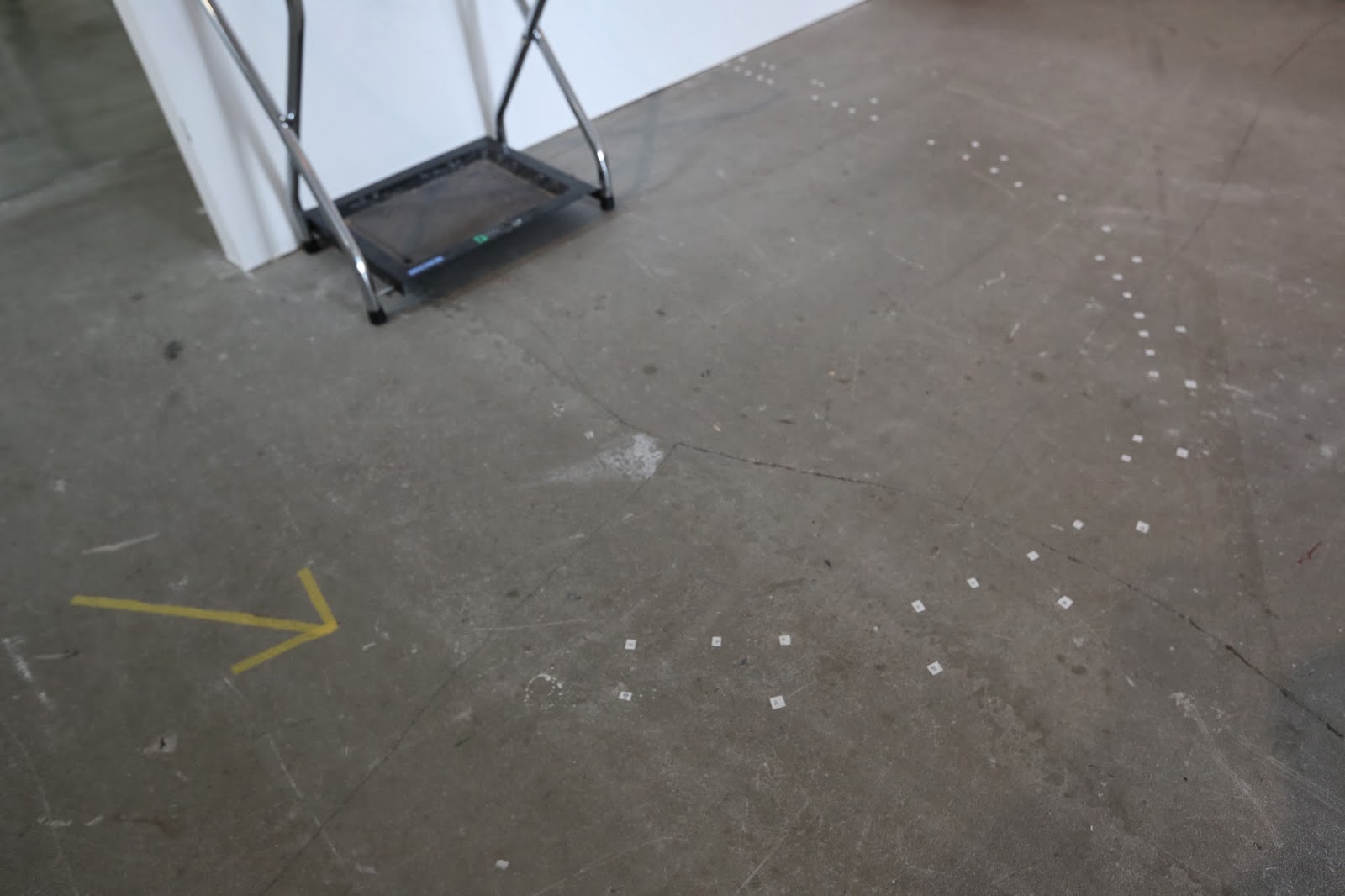 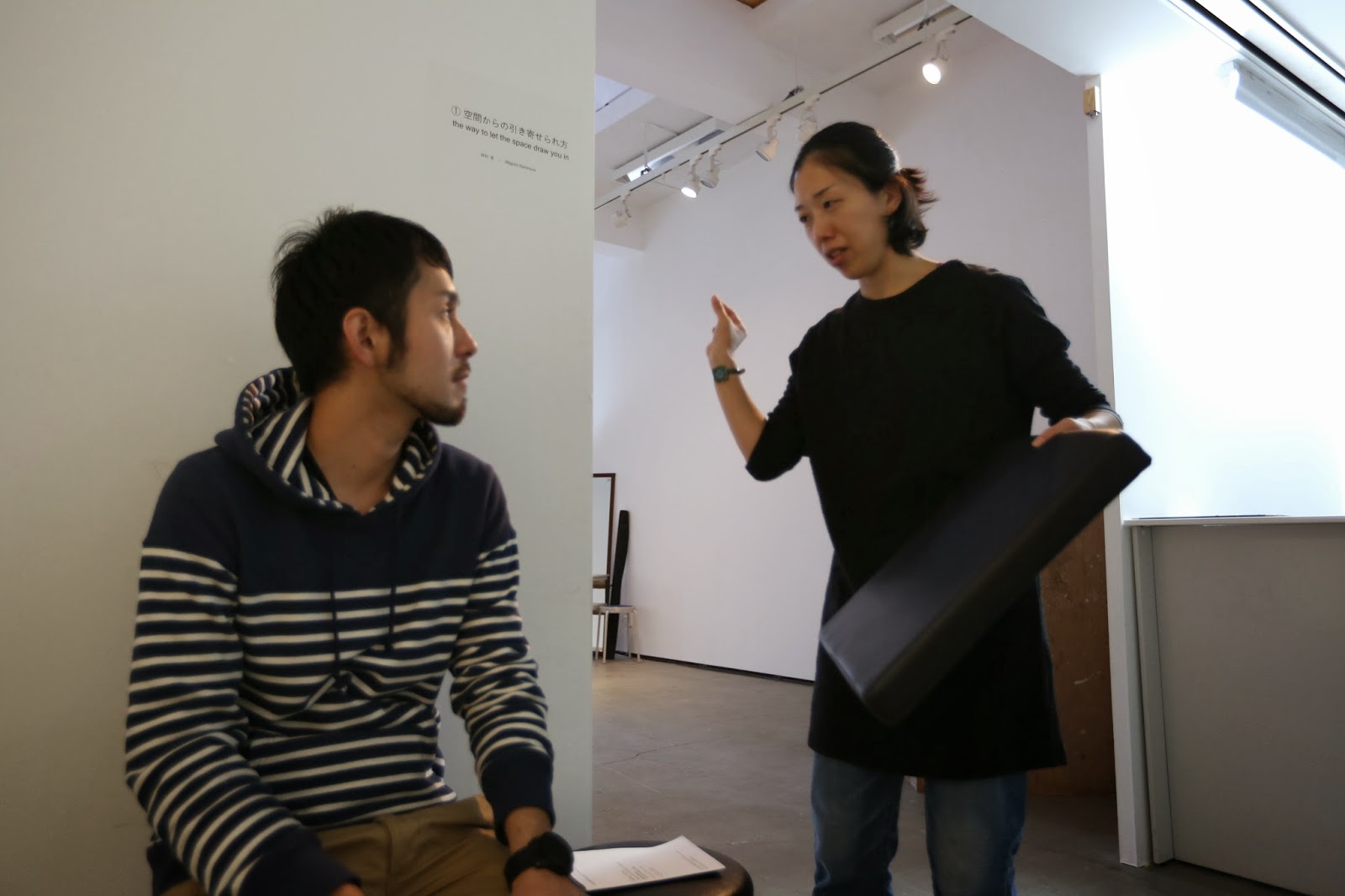 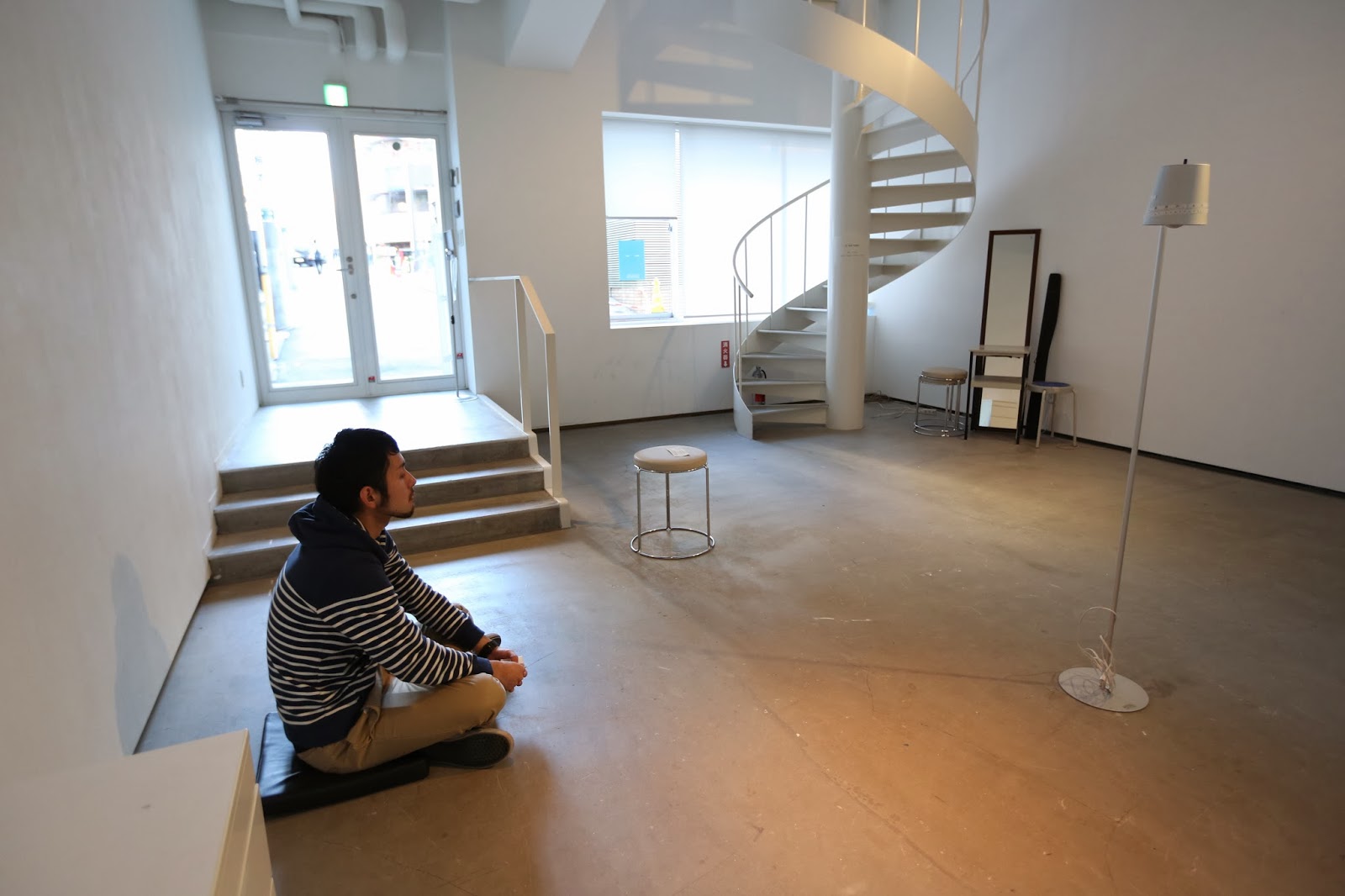 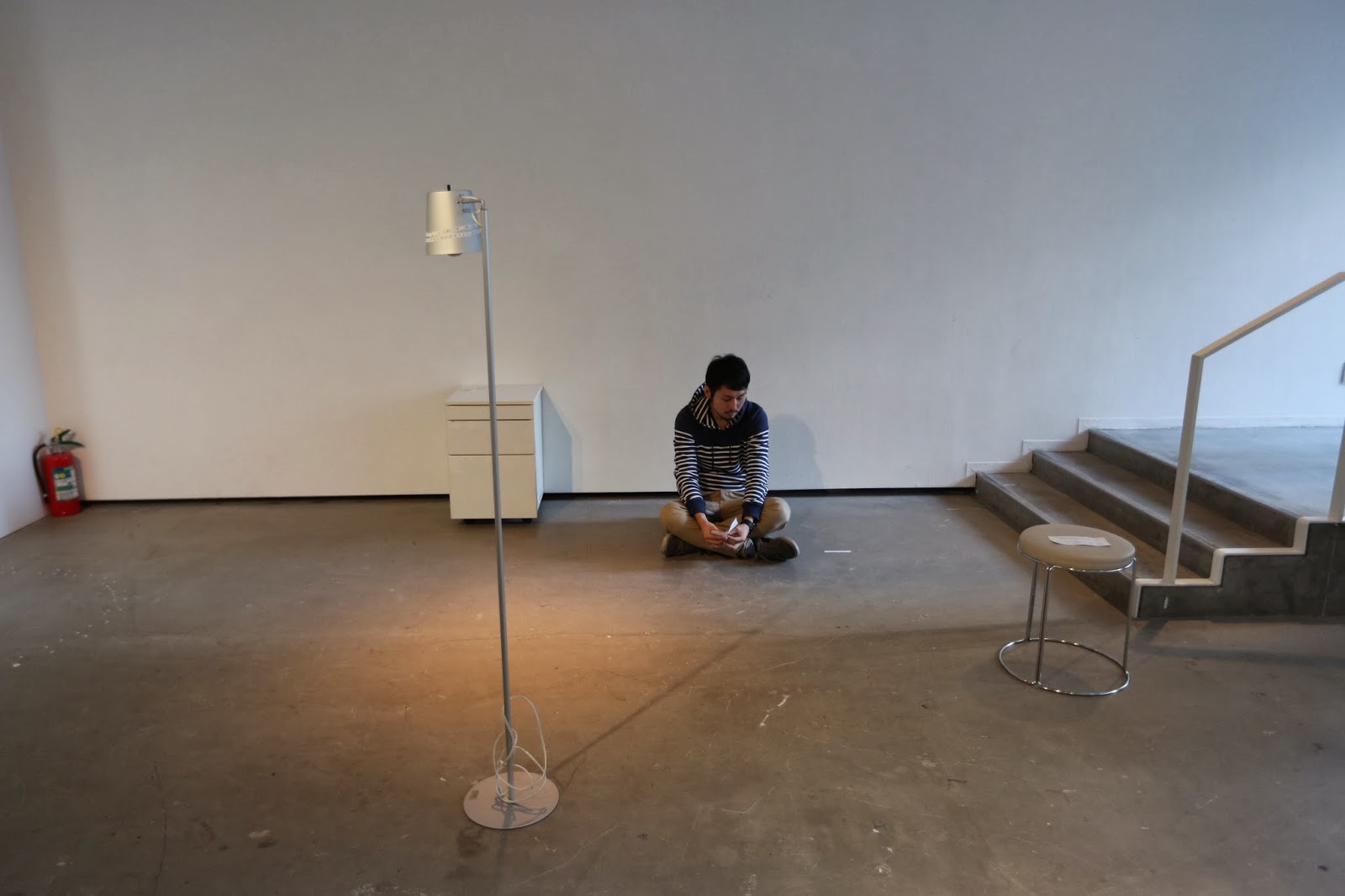 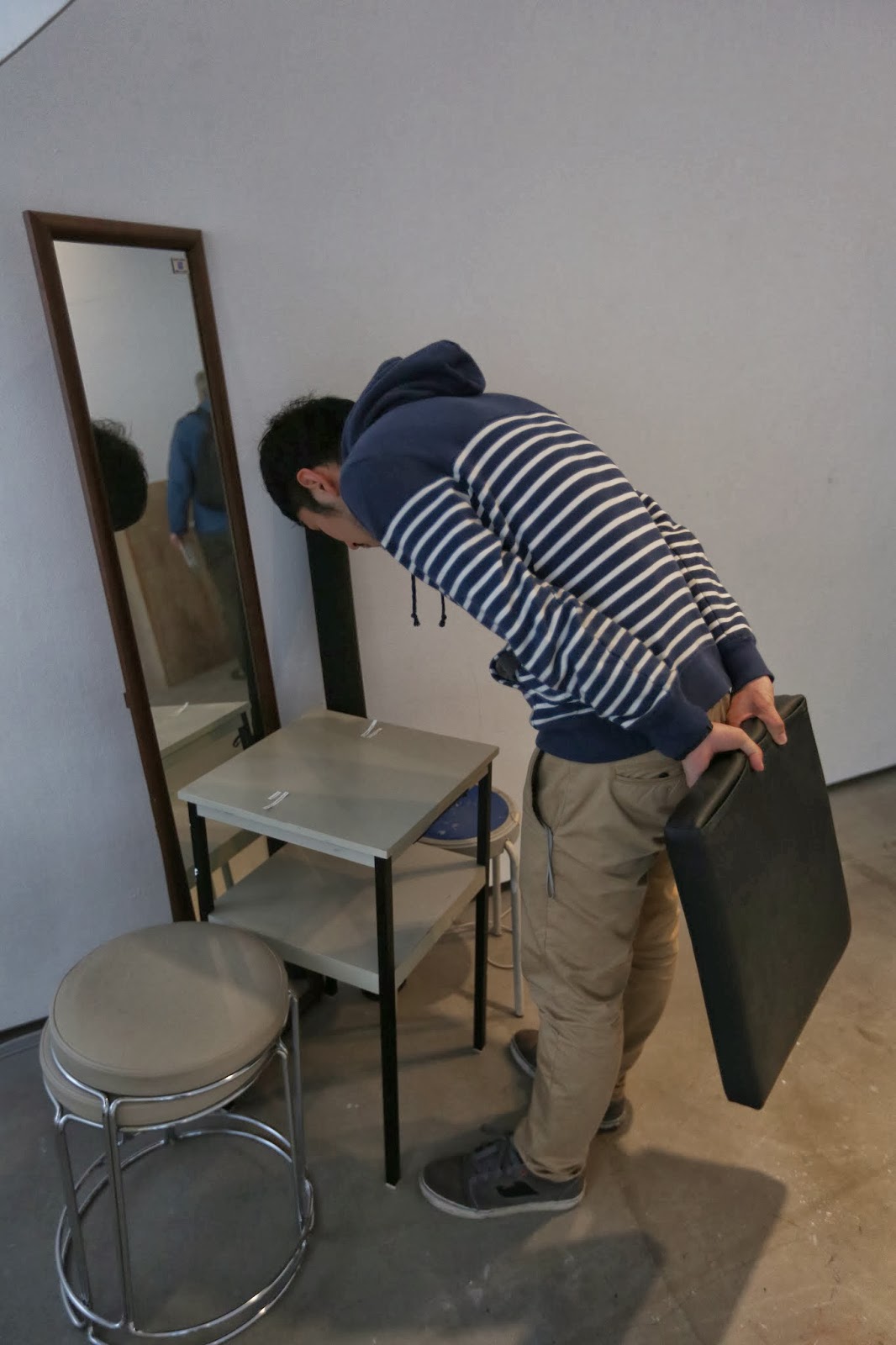 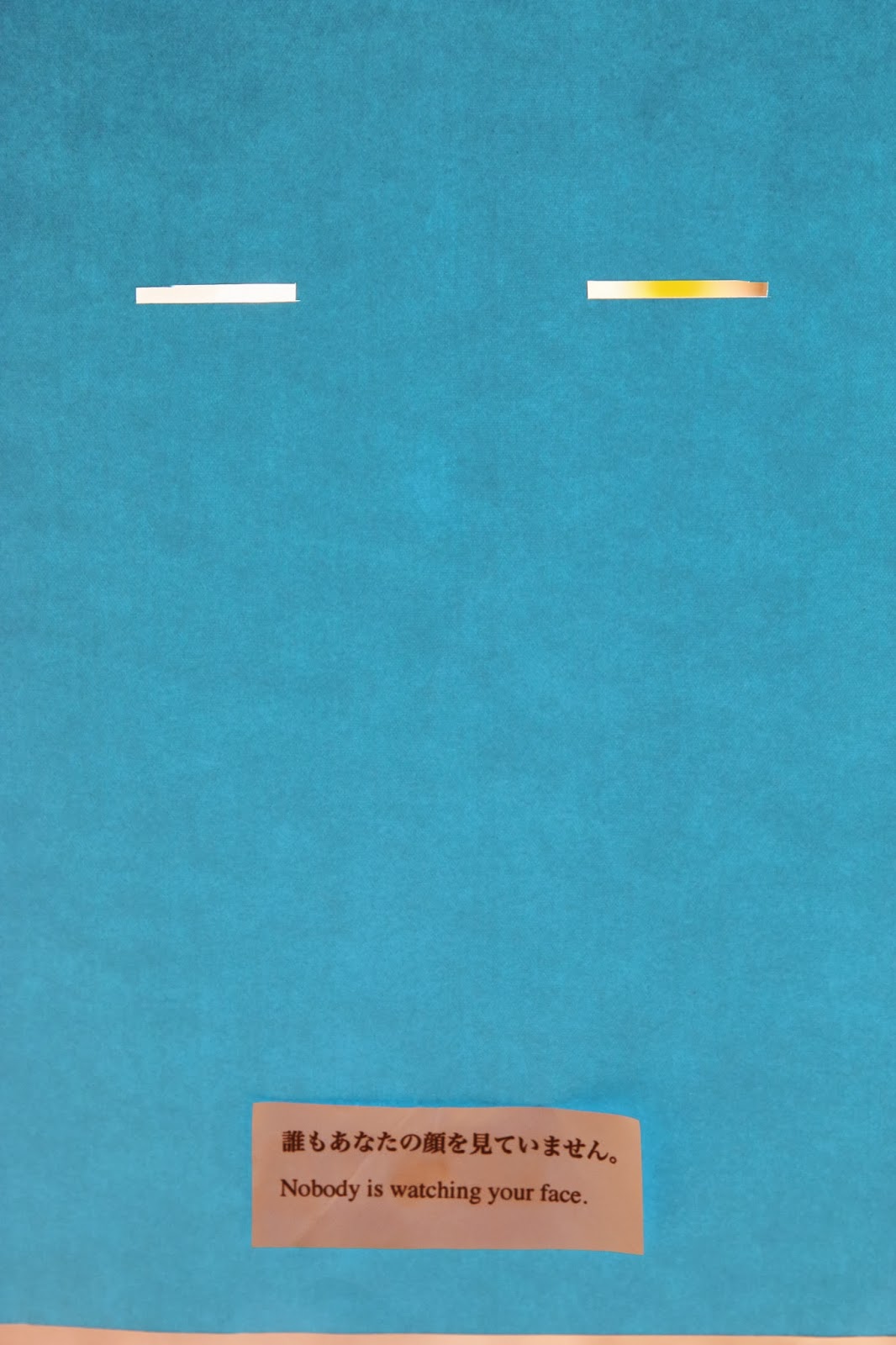 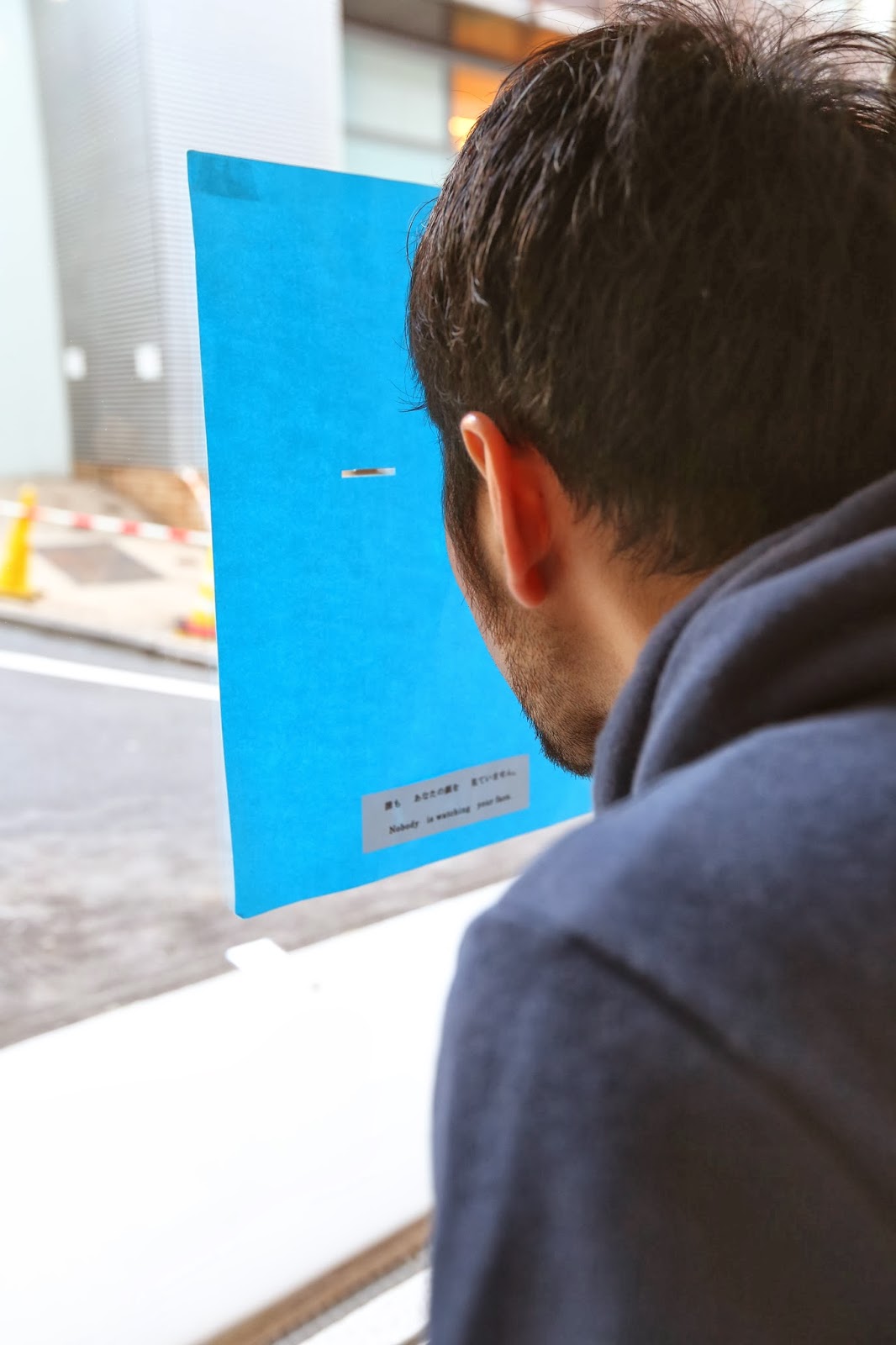 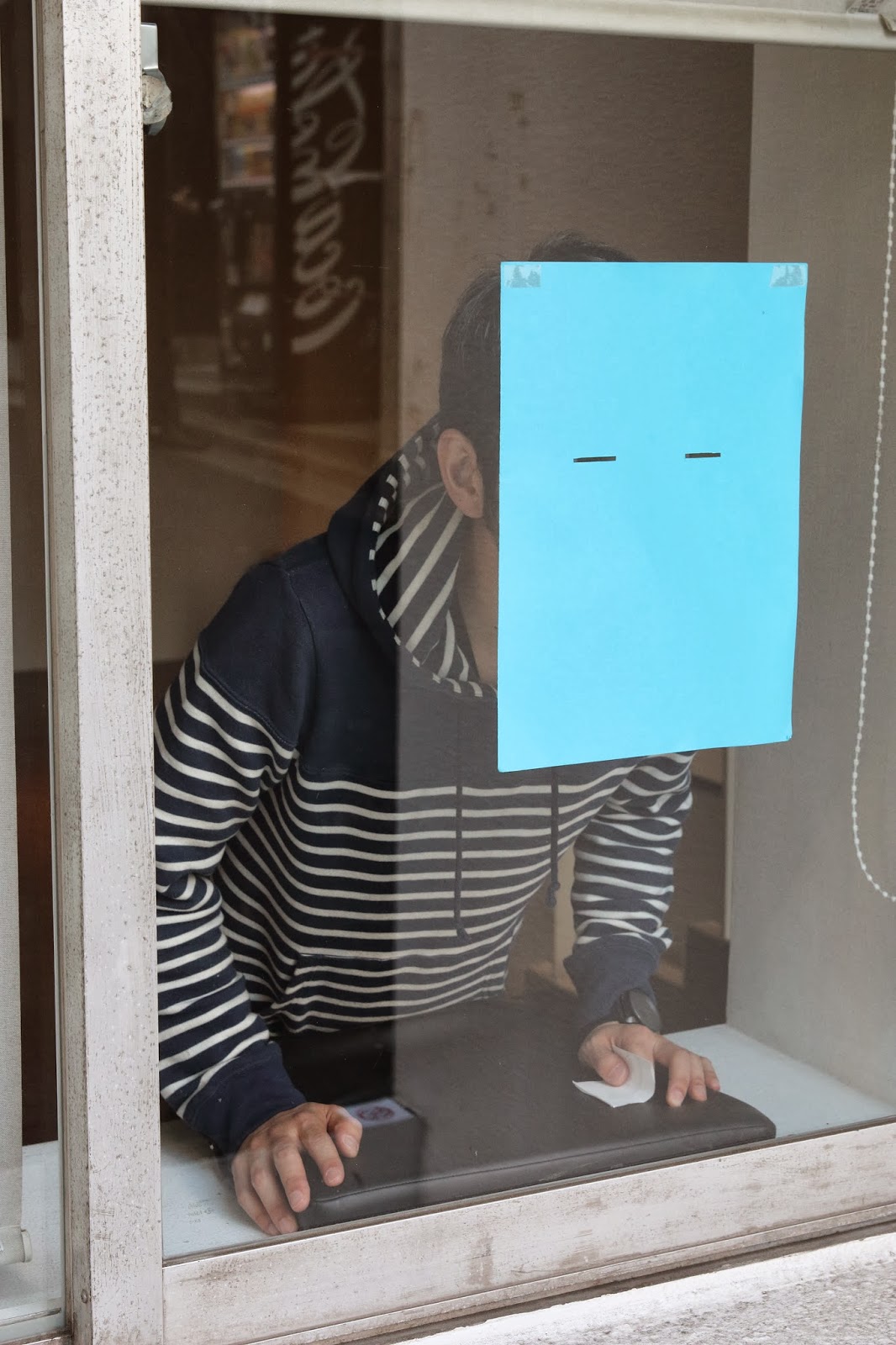 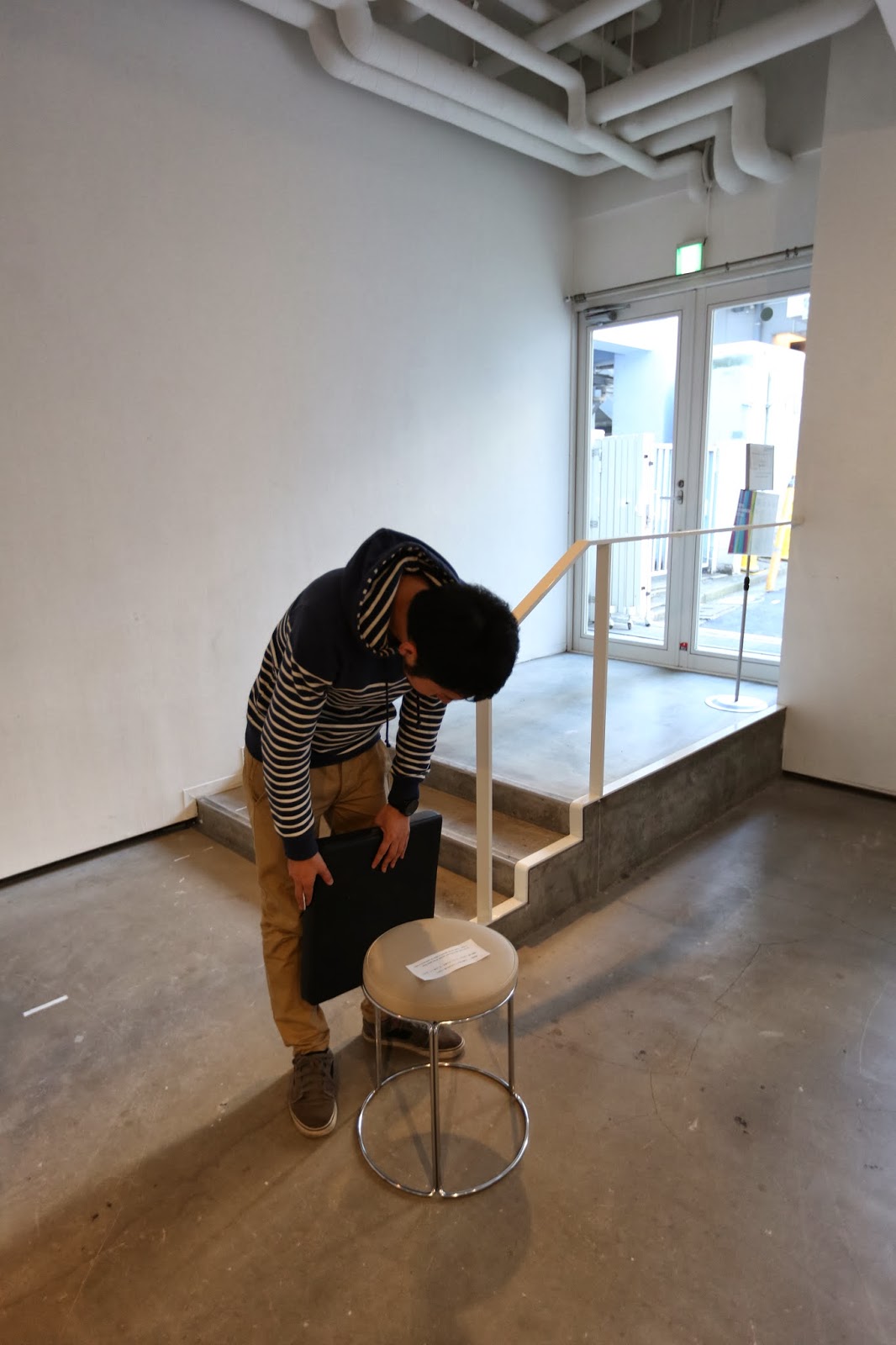 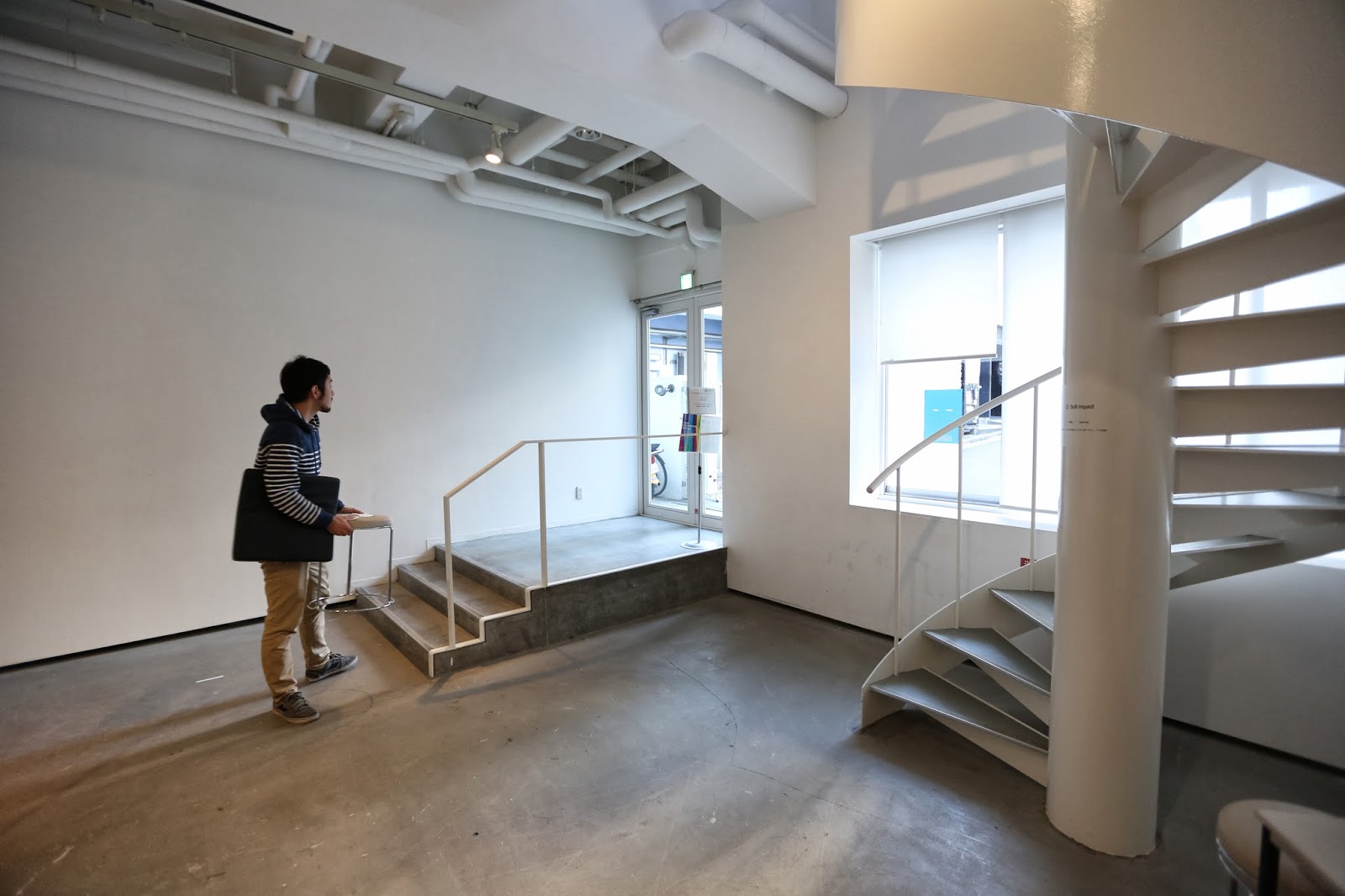 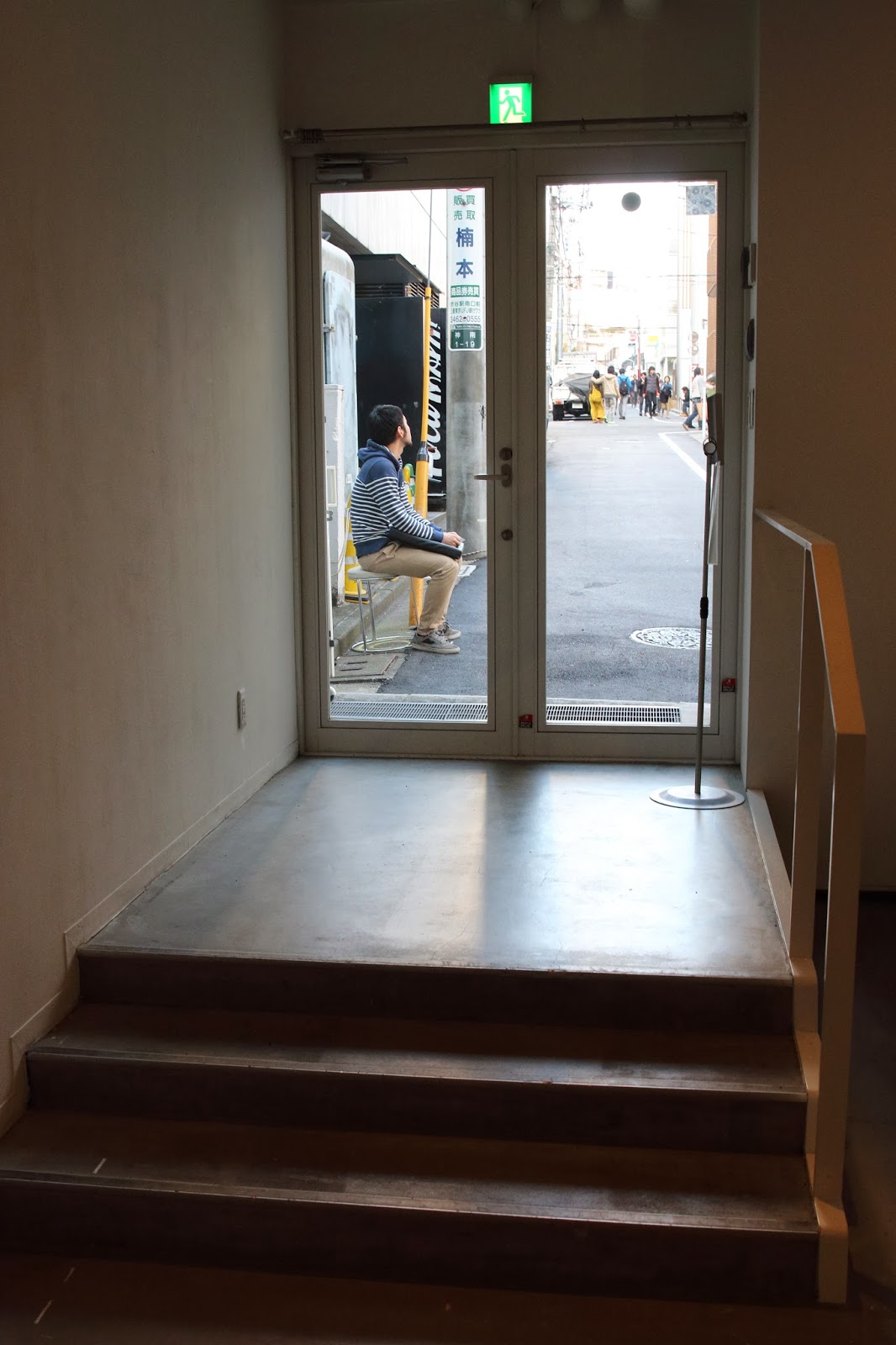 A room of wonder | Tokyo

①  空間からの引き寄せられ方
the way to let the space draw you in


[Description]
As a choreographer and dancer, Megumi is curious about how a body in space creates poetry out of position and dislocation. As a wonder, Megumi selected a quite ordinary experience, but one that has produced in her a sense of the sublime she was after. Everyday she would pass, in her daily metro ride, by a very open non-space, in the sequence of a typical Tokyoite urban landscape fragmented by layers and layers of man-made constructions. She remembers the sensation that produced in her. As an experience, the visitor follows instructions written in pieces of paper in certain points of the room. The fridge is listening to your breathing. The floor is seeing the back of your feet. Little by little, one is carried through the space until an open space is revealed. The vacant space is watching you.

[Artist Statement]
Dance seems to me a way of putting "self" or "individual" on the shelf for a moment. I always search the moments to suspend "my own" body, which is normally a measure to accomplish certain goals, to give it useless purposes or to let itself claim something or to let it be manipulated by something else. For instance, if "I am swinging around my arms", I can change the content into "the hands are trying to reach the wall", "the gravity is pulling the arms to the ground" or "struggling person and the ground are maintaining a balance". Such driving force to transform the reason or the subject of the movements might be called dance. To see or to create movements would also suggest the moments before the movements appear or after they disappear, or the space which is beyond the reach of the moving body. The still lifes or the vacant space start to take on more vivid presence by people moving. That is an opportunity to jump over the boundary between "me" and the environment, and to borrow the viewpoints of various things. We can be walls, pedestrians seen in a distance, music, or the vacant space after we are gone.

[Biography]
In 2000 graduated from International Christian University in Tokyo. From 2000-2011, she studied in Rotterdam Dance Academy. In 2004, started creating solo pieces and has been performing in various places including Indonesia, Italy and Korea. In 2006, launched her own company. In June 2012, by the residency program "Rules&Regs" stayed in Brighton, UK and presented a solo piece. In Sep. 2012, performed a company piece at National Modern Art Museum Tokyo.She has been investigating methodology to generate "dance" at the crossing point where bodies in different dimensions meet; body as material, body as an actor to feel something, and body as a tool to indicate other things. Her methodological approach in creation and the raw physicality exposed in it have a strong presence.
© Tokyo Wonder Site | photos by Masahiro Nagata